With a seating capacity of 5,960, the Radio City Music Hall was built on an area of land originally for the construction of a Metropolitan Opera House, which were changed in 1929 to make the Rockefeller Center, with two main buildings; the International Music Hall and the Center Theatre, build as part of the “Radio City” section of the Rockefeller Center. The Music Hall was designed by  Edward Durell Stone and Donald Deskey in an Art Deco fashion, and today showcases a variety of artworks. The venue is particularly notable for its auditorium, the largest in the world at the time of opening.

In the 1970s, after many years as a hugely popular entertainment venue, the Music Hall fell into bankruptcy, but in 1978 was designated a New York City Landmark and restored to its former glory. From then until the present day, the venue remains a top destination for the greatest of the world’s entertainers. 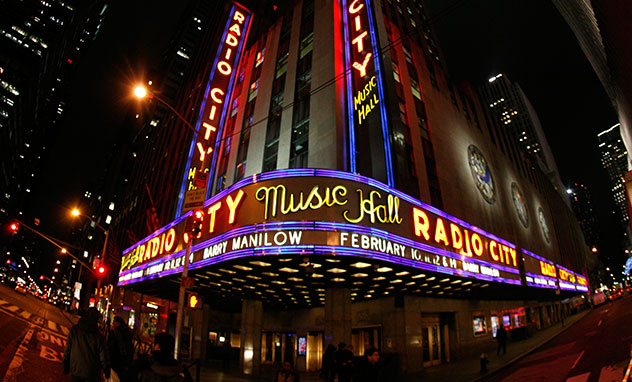