Why Don't We [CANCELLED] Tickets

Calling all Limelights from New York City! Prepare to feel the rush of Adrenaline this August 25, Thursday, as the California-based boyband Why Don't We brings the excitement of their "The Good Times Only Tour" to Manhattan's Radio City Music Hall. Join the social media stars turned pop stars Jack, Corbyn, Zachary, Jonah, and Daniel in a night of great music and unlimited fun. Together with special guests, The Aces and JVKE, Why Don't We will perform newer songs from their latest album, as well as some signature tunes such as "Trust Fund Baby," "8 Letters," and "Taking You." Come for the music, and build new friendships as you meet other Limelights on this epic night that would express your love and support for the boys. Reserve your tickets today by hitting the "Get Tickets" button. 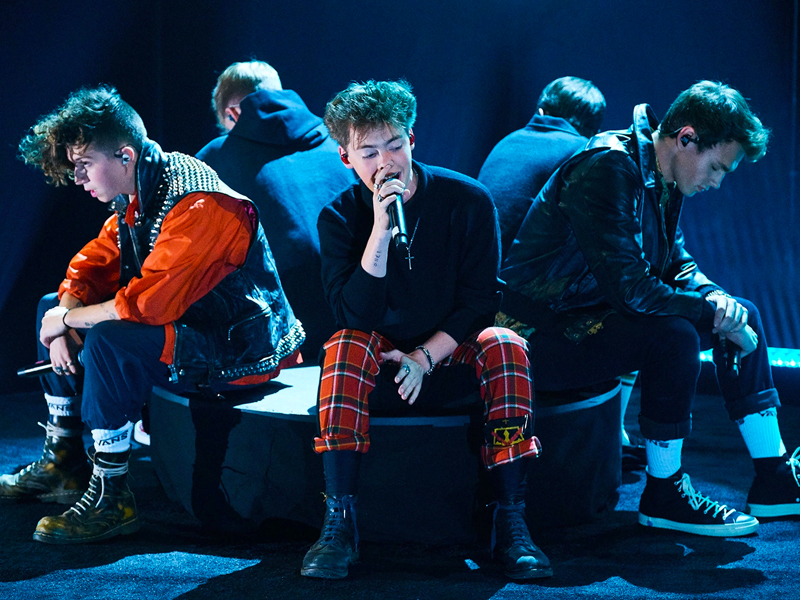 After canceling their initial shows due to legal reasons with ongoing litigation, Why Don't We previously re-announce their "The Good Times Only Tour." This is a piece of good news for fans of the California-based boyband comprised of Jack Avery, Corbyn Besson, Zach Herron, Jonah Marais, and Daniel Seavey. These five social media stars teamed up in 2016 and became one of this generation's most promising boybands. They are known for combining pop harmonies with R&B and electronic influences, which are all evident in their hits "Trust Fund Baby," "Eight Letters," "Hooked," and "Big Plans," among many others.

The new song has been making a buzz on the internet and will surely be an anthem for thousands of Limelights during the band's concert this August 25 at the Radio City Music Hall. Joining the boyband as guests are the alternative pop band The Aces and the musical artist JVKE. The Aces is an American 4-member band from Utah known for their albums "When My Heart Felt Volcanic" and "Under My Influence," released in 2018 and 2020. JVKE (pronounced as JAKE), on the other hand, is an artist who found early fame on TikTok and is most notable for his song "Upside Down."

Get to see these two musical acts this August 25, together with Why Don't We, in an incredible concert night that will make every Limelight scream for excitement! Get your tickets now by clicking the "Get Tickets" button.