Trixie and Katya come to Radio City Music Hall on Monday 12th September 2022. The female duo will hit the roads of North America on 16th April at Balboa Theatre – San Diego for the second leg of their US trip. It is a highly anticipated tour because it's the first joint concert style show by Trixie and Katya. Both the artists will display their newly scripted satire inspired by '90s comedies, including Priscilla Queen of the Desert, To Wong Foo and Crossroads. It is going to be a lifetime experience, where the drag duo will unleash their hilarious theatrical eroticism right in front of your eyes. Don't miss out on this chance, hurry up and book your tickets right now before they are all sold out! 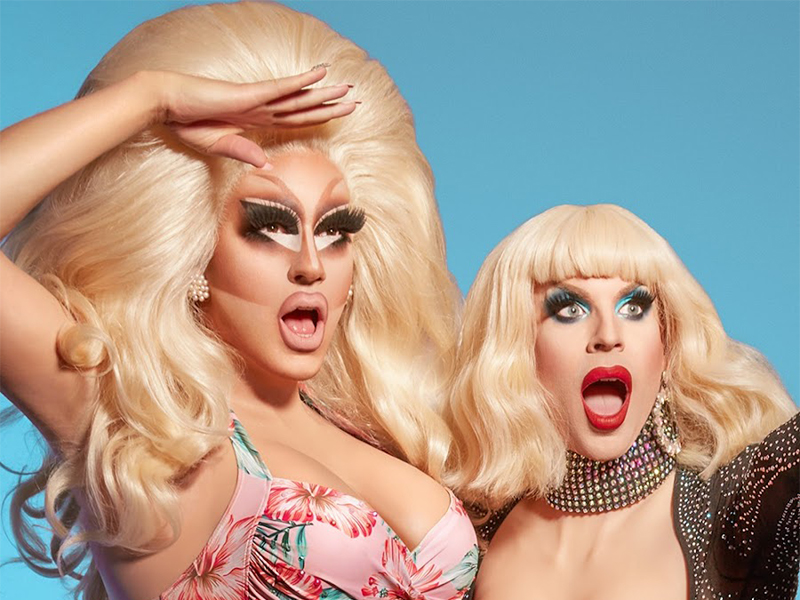 Trixie Mattel and Katya Zamolodchikova are known for their comical roles and drag acts on TV and online mediums. Both performers gained popularity from the show RuPaul's Drag Race, a spin-off YouTube series, UNHhhh. Multitalented drag queens showed promising competition at RuPaul's Drag Race All Stars show, where Mattel won the third season, and Zamolodchikova was the runner-up at the second season. Matel and Zamolodchikova have also co-hosted multiple famous shows such as UNHhhh and The Trixie & Katya Show which enhanced their on-stage chemistry. In 2020, their co-written book, Trixie and Katya's Guide to Modern Womanhood, became the bestseller on New York Times. Trixie Mattel and Katya Zamolodchikova were listed among "The Most Powerful Drag Queens in America" on New York magazine's list in June 2019. Mattel was at number 4 followed by Zamolodchikova at number 13.
It seems like the duo was made in heaven as whatever they do together turns to gold. Their well-scripted satires have transformed the face of drag art and theater. With their comic timing, humorous expressions and well-directed punch line, it won't be wrong if we say they have mastered the art of drag. Hurry up, book your tickets right now before they are sold out!