Two iconic voices. See and hear them singing together, "One Last Time." Lady Gaga and Tony Bennett are reuniting onstage at the Radio City Music Hall on Tuesday 3rd August 202. This is literally a very limited two-night engagement as the legendary crooner and the versatile singer have officially announced this would be their final appearance together. This will truly be a momentous occasion that would be chronicled in music history. This concert deserves to go to the top of your bucket list. Get the chance to tick it off by booking your tickets early, as music fans of all ages and from all over have this on their list too. Spend a lovely evening with friends, loved ones, and family and cherish the heartwarming harmonies from Tony Bennett & Lady Gaga, "One Last Time." 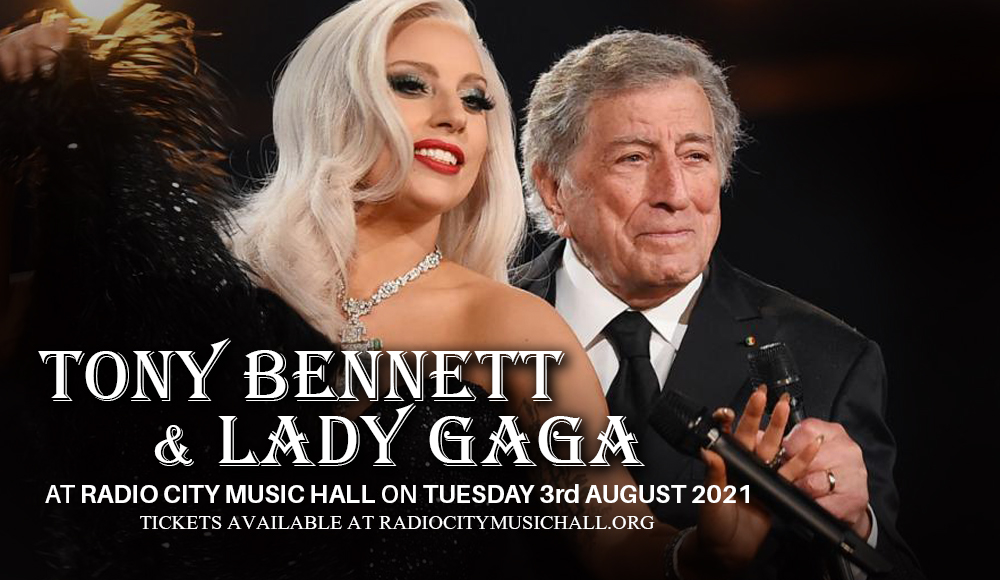 Legendary crooner Tony Bennett and the eccentric yet ultra-talented star Lady Gaga initially seemed like an unlikely pair. As they recorded together with a rendition of "The Lady Is a Tramp" in 2011, they had enigmatic chemistry that shone through the music. In 2014, Tony Bennett & Lady Gaga released the album "Cheek to Cheek, consisting of jazz standards by popular composers such as George Gershwin, Cole Porter, Jerome Kern, and Irving Berlin. The album was inspired by Bennett and Gaga's belief in the universal appeal of these 'standard' songs, and that it was high time to introduce them to a younger generation. The album took home the best Best Traditional Pop Vocal Album award at the 57th Grammys. "Cheek to Cheek" debuted at number one on the US Billboard 200, selling over 773,000 copies in the United States. Gaga and Bennet then would tour jazz festivals in 2015 as well as illustrious shows at the prestigious Hollywood Bowl, the Royal Albert Hall in London, and Radio City Music Hall.

It has been announced recently that Tony Bennett has been diagnosed and privately battling Alzheimer’s Disease since 2016. Music does make miracles. Tony Bennets'scondition progressed gradually which enabled him to continue recording and touring.

As the perfect pair Tony Bennett & Lady Gaga are about to do their swan song, it's a must to see and be there and witness the music and magic, "One Last Time". Book your tickets now!