Legendary crooner Tony Bennet is celebrating his 95th birthday this year. Yes, you read it right, Tony Bennett is turning 95 years. Yet as he enters another year, he is marking the occasion by singing his swan song via a limited two-night only show — "One Last Time: An Evening with Tony Bennett & Lady Gaga". Tony Bennett & Lady Gaga will grace the stage of the Radio City Music Hall on Thursday 5th August 2021, as its final night. Experience their enchanting chemistry onstage as they sing jazz standards by popular composers such as George Gershwin, Cole Porter, Jerome Kern, and Irving Berlin. Catch the magic, one last time. Book your tickets now! 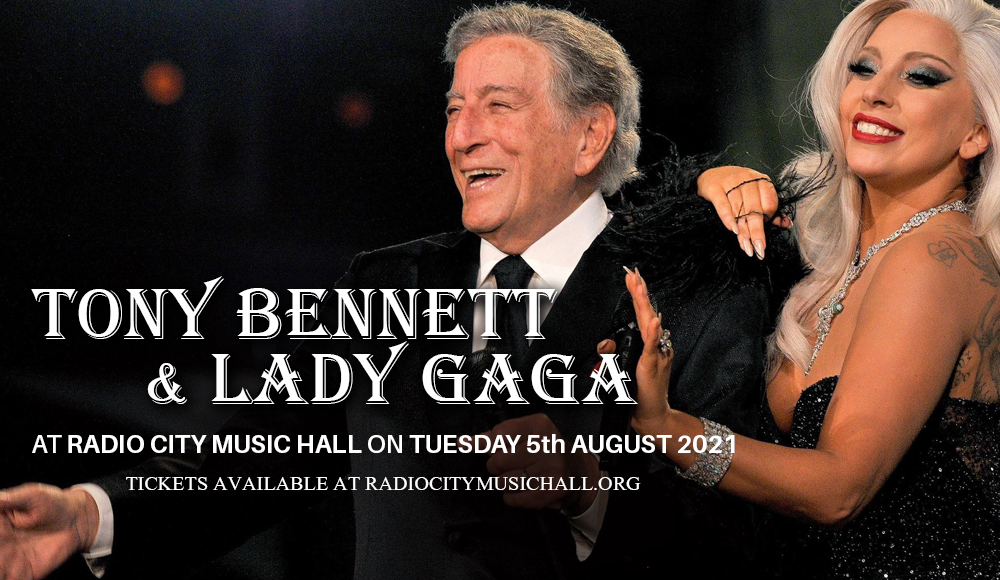 "I am so honored and excited to celebrate Tony's 95th birthday with him at these special shows," says Lady Gaga who expressed her elation for this momentous show dubbed as "One Last Time: An Evening with Tony Bennett & Lady Gaga".

Tony Bennett & Lady Gaga may seem quite the unusual pairing. However, the chemistry is undeniable when they worked together and harmonized on a cover of Mitzi Green's "The Lady Is a Tramp" for Tony Bennett's 2011 album Duets II. Bennett and Gaga both share the desire to introduce the songs of jazz standards composed by George Gershwin, Cole Porter, Jerome Kern, and Irving Berlin to a younger generation since they believed that these standards hold a universal appeal.

In 2014, a full duet album featuring Tony Bennett & Lady Gaga was eventually released. The album title track 'Cheek to Cheek' debuted at No. 1 on the Billboard 200. Later that year, the album snagged the Best Traditional Pop Vocal Album award in the 57th Annual Grammy Awards. The album gave Bennett his second number-one album and also became Gaga's third consecutive number-one in the US; making Gaga the first female artist in the country to have three number-one albums in the 2010s decade. On the other hand, Bennett now holds the record of being the oldest artist to achieve a number-one album on the chart.

It has been announced recently that Tony Bennet has been privately battling Alzheimer’s Disease since 2016, but has managed to record and continue with his touring engagements.

As Tony Bennett & Lady Gaga make their final bow together onstage, be there cheering on and celebrating this memorable music event that will surely be chronicled in music history. This is what every music fan dreams of experiencing. Make it happen! Book your tickets now!