Indie rock powerhouse The Shins are taking over the iconic Radio City Music Hall in New York on Tuesday, 23rd August 2022! This monumental show is part of The Shins’ North American tour titled Oh, Inverted World 21st Birthday Tour, consisting of 33 dates in major cities. The tour will promote the band’s debut album, released in 2001, and fans can anticipate the setlist to include all tracks from front to back. This much-awaited tour kicks off this July. If you are keen on seeing The Shins perform the entirety of their groundbreaking debut album, you better grab your tickets now! 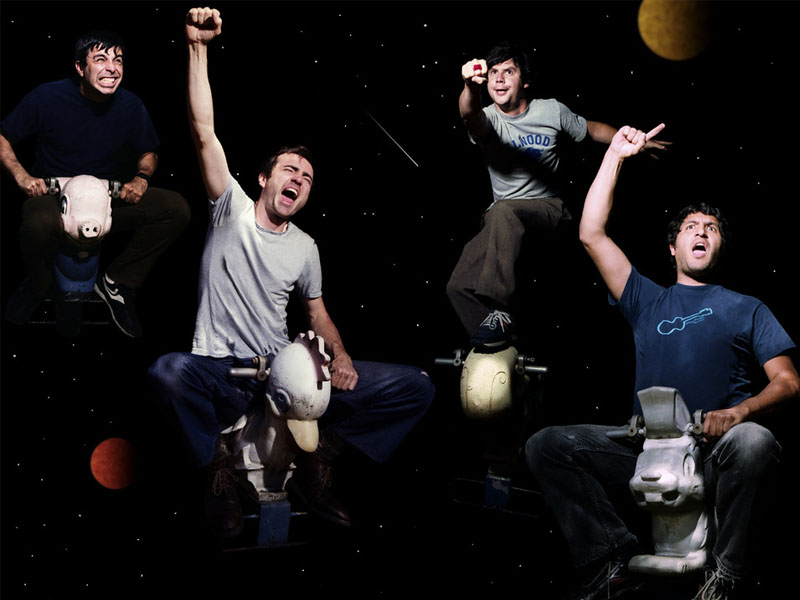 The Shins’ debut album Oh, Inverted World was released on June 19, 2001. The record featured singles, “New Slang” and “Know Your Onion!” Produced by James Mercer and the rest of The Shins’ members, the album received wide critical acclaim and resonated well with indie music enthusiasts. In 2004, the film Garden State featured “New Slang” and another track, “Caring is Creepy,” which helped the band gain more exposure in the mainstream scene. The album eventually earned a gold certification from the Recording Industry Association of America. In 2021, for its 20th anniversary, the band released a reissue of the album. The original master audio files were stolen in 2003. The reissue was remastered by renowned music producer Bob Ludwig, with the assistance of Mercer.

After their debut album, The Shins continued to gain mainstream success with their subsequent efforts. Their most noteworthy studio album, Wincing the Night Away, was released in 2007. Recorded in Mercer’s home studio, the album received rave reviews from professional music critics. Some writers referred to the record as the band’s “best yet” effort. Featuring hit singles “Phantom Limb,” “Australia,” “Turn On Me,” and “Sea Legs,” the album is the band’s most successful release to date. Wincing the Night Away debuted at number 2 on the Billboard 200 and entered the charts in 12 other countries, including Canada, the U.K., and Australia. In 2008, The Shins received their first Grammy nod when the album was nominated for Best Alternative Music Album at the 50th Annual Grammy Awards.

Tickets to see The Shins at the Wiltern are now available! Grab yours now and celebrate the 21st anniversary of Ph, Inverted World with the rest of The Shins’ cult following on Tuesday, 23rd August 2022!