The walls of Manhattan's Radio Music City Hall will be filled with the soulful soft rock music of the Doobie Brothers this September 8. Yes, you've read that right. The Grammy award-winning rock band will bring the nostalgia and excitement of their 50th Anniversary Tour to the famous New York venue. Be one of the lucky spectators to witness the veteran band perform their songs from their latest album, "Liberté," as well as their career-defining hits, including "China Grove," "What a Fool Believes," and "Listen to the Music," among many others. The band has indeed been a Long Train Runnin'. However, they aren't out off the track yet, and this concert will ultimately prove that. Joined by the Dirty Dozen Brass Band, the Doobie Brothers will offer fans one of the best reunion concerts they will ever witness! Grab your tickets for the show today! Click the "Get Tickets" button now! 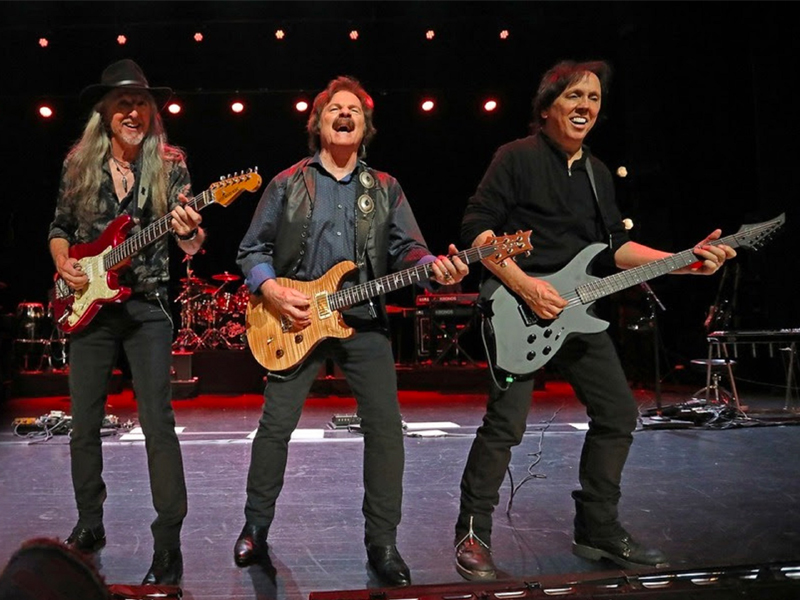 The Doobie Brothers is a Grammy award-winning band that dominated the radio waves during the 70s and 80s with their soft rock tunes. The band's domination in mainstream rock and roll music made them one of America's best in the early 1970s. Led by the singer Tom Johnston, the band toured all over the country. However, all the extensive touring took a toll on the lead singer, and due to health reasons, he had to leave the band in 1975. He was replaced by Michael McDonald, who led the band in a new direction, focusing on the blue-eyed soul.

McDonald stayed with the group until 1982, when they disbanded; Johnston returned when they reformed a few years later. Since then, the group has regularly toured and recorded. McDonald also occasionally joins the band as a guest vocalist on record and tour. From the 90s until the early 2020s, the band has been touring with other bands. In 2021, they released their 15th studio album entitled "Liberté."

To date, the band has released 15 best-selling studio albums and has sold over 48 million records worldwide. Apart from the multi-platinum albums, the Doobie Brothers boast the achievement of their greatest hits record, "Best of the Doobies," which has sold over 11 million copies and earned a rare RIAA Diamond certification. Not to mention the multiple Grammy Awards and the Rock and Roll Hall of Fame induction which solidified their place among the greats.

The Doobie Brothers will be hitting the road later this year for their 50th Anniversary Tour. The tour is exciting as it will feature original members of the band from its 1970 lineup. They will be joined by the Dirty Dozen Brass Band, a Louisiana-based brass band known for their songs "It's All Over Now," "My Feet Can't Fail Me Now," "Blackbird Special," and many others. Both bands will stop at Manhattan's Radio City Music Hall this September 8. Join the Doobie Brothers in celebrating their Golden Anniversary Tour by securing your tickets as early as today. Hit the "Get Tickets" button to proceed with your orders now!