Jack Black and Kyle Gass present, to you special little monsters, Tenacious D: The Purple Nurple Tour… Twisting Hard to the Left! At Radio City Music Hall on Friday 9th October 2020. JB & KG will be hitting swing states across the country, and partnering with 46 for 46 to promote voter registration and overall civic action through music. Four in ten Americans who were eligible to vote did not do so in 2016. Let’s change that and make all of our voices heard this November! But first, let’s get out there and ROCK! 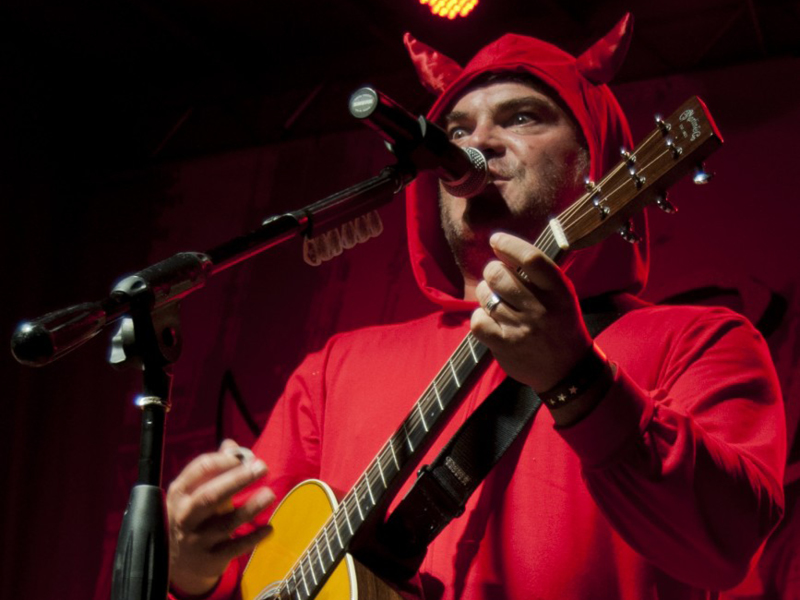 Swing State [sCH-wing st-A-te] noun:
1. A U.S state where the two majour political parties have similar levels of support among voters, viewed as important in determining the overall result of a presidential election.
2. Team Red and Team Blue battle to the death for control of the big white house and its Apocolypto Button!
3. Ohio

A message from Tenacious D: "Donald Trump has proven to be the most divisive, corrupt and dangerous President in the modern history of this country, and we simply cannot stand for another four years of his administration! Now is the time to elect a REAL leader!" With that in mind, Tenacious D put together; The Purple Nurple Tour – Twisting Hard To The Left! – Get out there and register people, your future, your kids future, hell your very lives depend upon it!
The D will ride to as many swing states as it can to help save the World from Trumpian destruction! With great rock comes great responsibility.