Snoh Aalegra, Ugh These Temporary Highs tour comes to Radio City Music Hall on Saturday, March 26th, 2022 with very special guest Ama Lou. 2020 Soul Train Award winner and Best New Artist Award Winner at iHeart Radio, Snoh Aalegra is coming to New York, grab some tickets now to what is definitely going to be a spectacular night. Snoh is equipped with her brand-new album, Temporary Highs in the Violet Skies, that has received lots of critical acclaim. If that’s not enough for you, then the opening act, all the way from across the pond, is the Brit newcomer, Ama Lou! 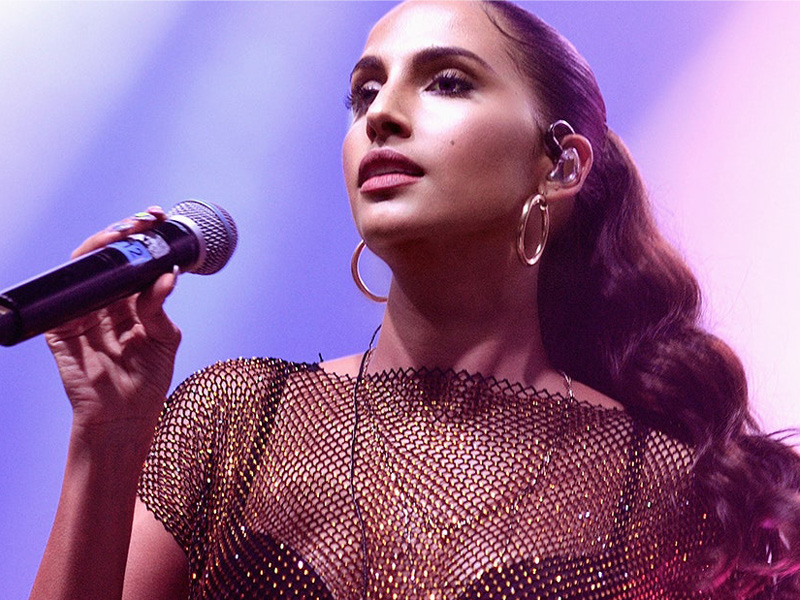 Snoh Aalegra’s latest album, Temporary Highs in the Violet Skies, is Aalegrah’s third studio album, and spans 15 tracks featuring guest appearances from Tyler, the Creator and James Fauntleroy. Pitchfork called it, “her first project that sounds entirely her own. With exploratory production that’s as expansive and dreamy as it is frenetic, it’s an affecting document of the pain smoldering beneath Aalegra’s curated veneer of nonchalance.” The album charted at number 3 on the Hot R&B albums chart, and number 24 on the Billboard 200.

Snoh Sheri Nowrozi better known by her stage name, Snoh Aalegra, is a Swedish singer and songwriter based in Los Angeles. Her debut album Feels was released in 2017, followed by Ugh, Those Feels Again in 2019, charting at number 6 on the Hot R&B albums chart, and number 73 on the Billboard 200. That album earned critical praise and garnered two R&B chart toppers, "I Want You Around," and "Whoa", ultimately winning her Best New Artist at the 2020 Soul Train Awards and Best New R&B Artist at the iHeartRadio Music Awards.

R&B Brit newcomer, Ama Lou, from North London, joins Aalegra as the opening act for the Ugh These Temporary Highs tour. She made her breakthrough in 2018, when she released DDD, an understated and fluid EP that affirmed her place in a class of emergent English R&B artists. This led to her major-label debut in 2019 with the single "Northside," a collaboration with Frank Dukes, Murda Beatz, Jerald "Coupe" Cooper, and Foster.