Snoh Aalegra, Ugh These Temporary Highs tour comes to Radio City Music Hall on Tuesday, March 29th, 2022 with very special guest Ama Lou. Grab some tickets and come on down for a soul filled R&B night with the incredible and stunning Snoh Aalegra, winner of the 2020 Soul Train Award for Best New Artist. You are not going to want to miss out as she unleashes her brand-new album, Temporary Highs in the Violet Skies. 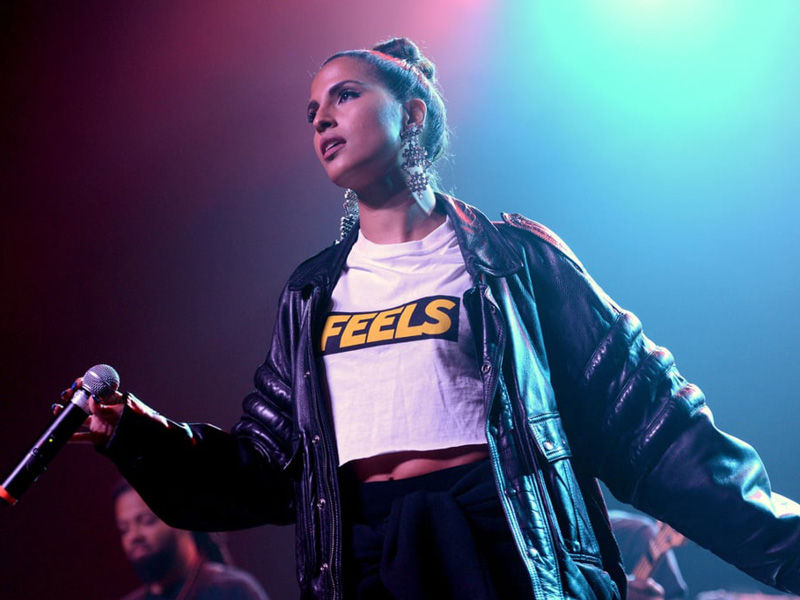 Snoh Sheri Nowrozi better known by her stage name, Snoh Aalegra, is a Swedish singer and songwriter based in Los Angeles. Her debut album Feels was released in 2017, followed by Ugh, Those Feels Again in 2019, charting at number 6 on the Hot R&B albums chart, and number 73 on the Billboard 200. That album earned critical praise and garnered two R&B chart toppers, "I Want You Around," and "Whoa", ultimately winning her Best New Artist at the 2020 Soul Train Awards and Best New R&B Artist at the iHeartRadio Music Awards.

Aalegrah’s third studio album, Temporary Highs in the Violet Skies, was released in July, the LP spans 15 tracks and features guest appearances from Tyler, the Creator and James Fauntleroy. AllMusic said “Joel Compass' billowy soundscape for "Tangerine Dream," the Neptunes' gentle bounce for "In Your Eyes," and Tyler, The Creator's swaying and fluttering "In the Moment" are among the brightest backdrops not crafted by No I.D. and his partners. Aalegra neither exaggerates her grievances nor oversells her evanescent joys for theatrical effect. It's this LP that best showcases her ability to truly sing without raising her voice.” The album charted at number 3 on the Hot R&B albums chart, and number 24 on the Billboard 200.

Brit, Ama Lou, from North London, will join Aalegra as the opening act for the tour. Ama has been on a mission to cement herself firmly in the music scene with her distinctive sounds and her unique style. She made her breakthrough in 2018, when she released DDD, an understated and fluid EP that affirmed her place in a class of emergent English R&B artists. This led to her major-label debut in 2019 with the single "Northside," a collaboration with Frank Dukes, Murda Beatz, Jerald "Coupe" Cooper, and Foster.