Can’t get enough of the infectious energy of Rosalia? Well, you must grab a ticket for the Spanish superstar’s second concert night at the Radio City Music Hall this September 19. Catch the 29-year-old Grammy award winner in an evening of catchy pop songs inflected with hip-hop, salsa, and reggaetón beats. Be amazed by the pure talent of this young woman who is slowly taking the world by storm. If you missed booking tickets for her first night at the iconic Manhattan venue, this is your chance to grab one for you and your friends and sing along to her career-defining hits and new songs from her most recent album, “Motomami.” Tickets are still available, but they won’t be for long. Hit the “Get Tickets” button and order yours before they run out. 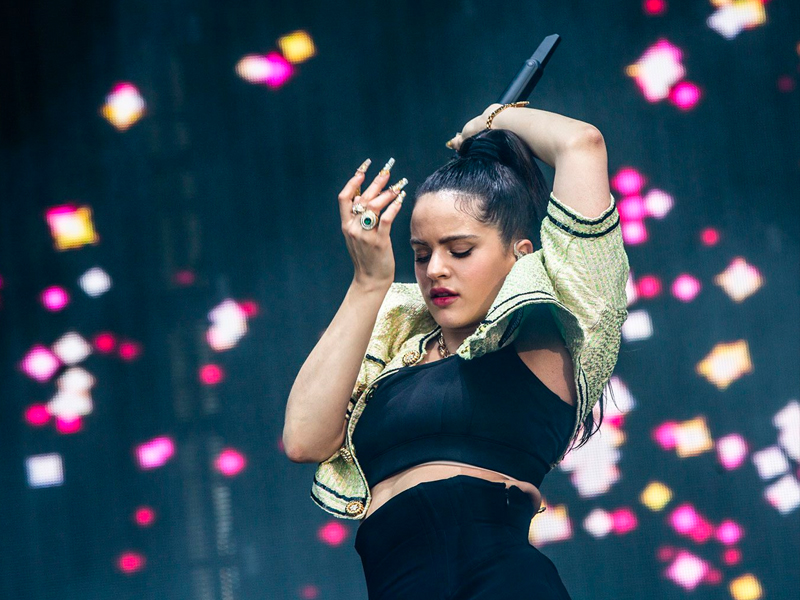 Rosalia's rise to the international music scene can be attributed to her successful 2018 album, "El Mal Querer." Listed in Rolling Stone's 500 Greatest Albums of All Time and a Grammy recipient, the album is Rosalia's career-defining gem that introduced her to a broader audience. For others, it might be an overnight success, but for loyal fans of the Spanish superstar, it wasn't as easy as it looked. Rosalia has worked hard to get where she is right now –– and that is no overnight success.

The singer competed in a television show, became a vocalist of a flamenco music group, collaborated with many artists, and worked really hard to put her own music before releasing her very first album, "Los Angeles," in 2017. Throughout her career, Rosalia garnered an incredible amount of praise and recognition. Thanks to her authentic yet unique music that sets her apart from the many pop stars. With 9 #1 singles in her home country, she is a Latin superstar who isn't slowing down anytime soon. She has 8 Latin Grammy Awards, 3 MTV Video Music Awards, and one Grammy Award under her belt. Not to mention the several awards she won in other prominent award-giving bodies. Billboard also awarded her the "Rising Star Award" in 2019 for "changing the sound of today's mainstream music with her fresh flamenco-influenced pop." On top of it all, she made history as the first Spanish-singing act in history to be nominated for Best New Artist at the Grammys.

This year, Rosalia released her third studio album, "Motomami." As expected, the 16-track album is a bomb. With multiple songs already hitting Latin charts, the album proves to be another hit in the making. Fans will have the opportunity to witness Rosalia perform her innovative songs this September 19 on the second night of her concert at the Radio City Music Hall. If you are one of the big fans of Rosalia, this is your chance to see the Spanish superstar in person. Click on the "Get Tickets" button to reserve your tickets today!