This summer, iconic British comedian Ricky Gervais is heading to the U.S. to make people laugh. You’ve heard that right! The notoriously famous comedian is bringing his Armageddon Tour to North America, and he’s pulling all the stops for this run! The much-awaited tour includes a two-night run in New York, where he will take over the Radio City Music Hall! On Saturday, 1st July 2023, see the unprecedented funny man perform his second night in New York and experience his brand new material and fresh offensive jokes! His stand-up set is not for the faint of heart, so you better get ready! If you want to laugh all night, you should score your tickets now to see Ricky Gervais at the Radio City Music Hall! 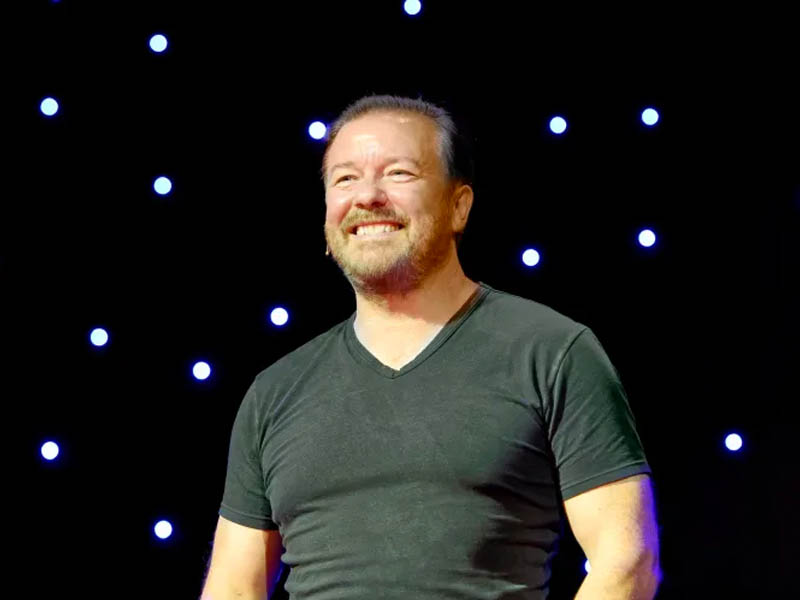 Prolific comedian, actor, host, and producer Ricky Gervais has created one of the most beloved TV gems of the generation. He was the co-creator, co-writer, and lead actor, in the British sitcom Office. The series has earned him two Primetime Emmy Awards, Golden Globe Awards, and several other notable accolades. After the series wrapped up its two-year run, Gervias continued to create sensational sitcoms. In 2005, he wrote and acted in Extras, followed by An Idiot Abroad in 2010.

During the 90s, Gervais emerged as a standup comedian. In 2001, he performed at the Edinburgh Festival Fringe. The line-up that year included renowned names like Jimmy Carr, Stephen Merchant, and Robin Ince. In the early 2000s, Gervais embarked on a series of U.K. tours and, later, numerous multi-national tours. Today, Gervais is one of the most sought-after hosts and stand-up comedians. He had hosted the Golden Globes and the Oscars and went to headline world tours.

In 2017, Gervais released his first Netflix Comedy special, Humanity, followed by SuperNature in 2019 and Armageddon in 2022. If you want to catch Ricky Gervais’ show in New York City, you better score your tickets now to the highly-regarded Armageddon Tour! Tickets are now available!