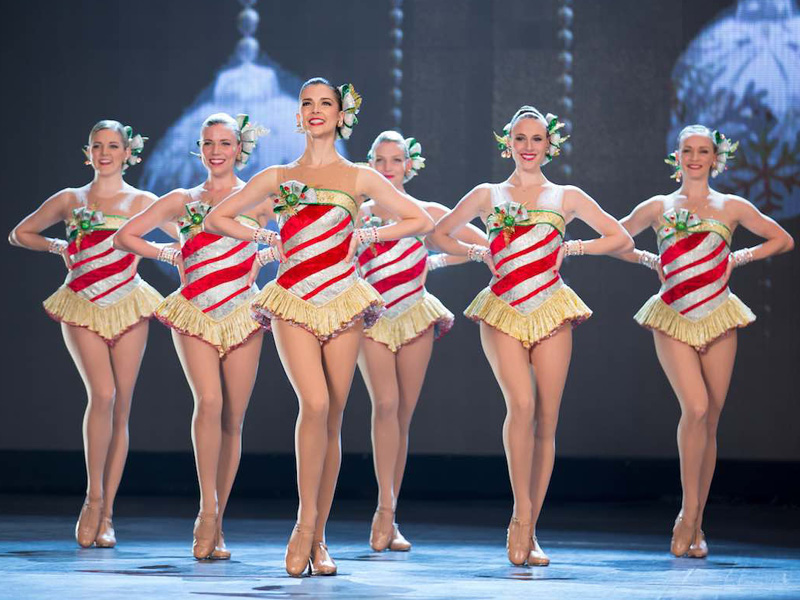 Since the first Radio City Christmas Spectacular, presented in 1933, the show has become a New York Christmas tradition, and for almost a century, the Rockettes have been all-American icons. They have appeared at Radio City Music Hall in hundreds of stage spectaculars and have participated in many historic and memorable events. Most famously, they joined the USO and traveled abroad to entertain the troops and support the wartime effort.
The Radio City Rockettes are the longest-running precision dance company in America, admired for their iconic style of dance and their unity both onstage and off. The Rockettes are unique in that each woman is an integral and equal link in the creation of the Rockettes line.

The Rockettes' performance of "Parade of the Wooden Soldiers", choreographed by their founder, Russell Markert; and "The Living Nativity". These last two scenes have continued in every edition of the annual show since its inception in 1933 up to the present day. The Christmas Spectacular also features the legendary finale, "Christmas Lights," which begins at the conclusion of the "Living Nativity" scene.

The Rockettes have been busier and more in the public eye than ever. They have performed on the Great Stage with Oprah, Heidi Klum, Michael Bublé, and have made numerous appearances on The TODAY Show, The Chew, The Late Show with Stephen Colbert, Project Runway and America’s Got Talent in 2013, 2014 and 2015!