The Japanese-American indie icon, Mitski, known for her captivating classically-inspired vocals and performances is back on a tour party, hitting the stage at Radio City Music Hall on Saturday, July 23rd, 2022. Hailed as the "best young songwriter" of the US by The Guardian, Mitski has wowed audiences all over the world with her dazzling performances of "The Only Heartbreaker", "Nobody", "Working for the Knife", and many more. Catch Mitski's signature choreography, energy, and soaring vocals live on stage as she embarks on this exciting summer tour, so book your tickets now! 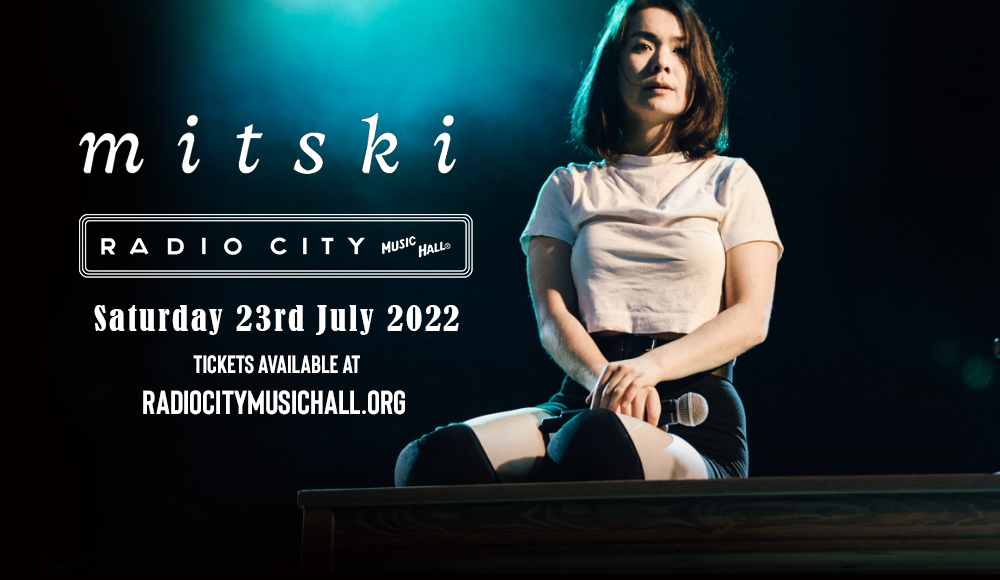 Hailing from Japan, Mitski Laycock was born to a Japanese mom and an American father, eventually settling in the US. She was part of the choir in her high school years and wrote her first song when she was 18. With a classically trained background, Mitski's sound is distinct, never failing to captivate listeners.

Having studied music in college, she self-released her first two piano-driven albums "Lush" and "Retired from Sad, New Career in Business" as projects while she was studying at Purchase College. In 2014, she dropped her third studio record, Bury Me at Makeout Creek, receiving critical acclaim for its raw guitars and impulsive arrangements, a departure from her traditional orchestral sound.

Her succeeding records all received praise and acclaim from various publications, with her single "Your Best American Girl" placed at #13 on Rolling Stone's roster of the best songs of the 2010s.

In 2019, Mitski supposedly gave her last performance at the Be The Cowboy Tour in Central Park expressing that she would quit music and "find another life". However, in 2020, Mitski surprised fans a made a return saying “What it came down to was, ‘I have to do this even though it hurts me, because I love it […] This is who I am. … I’m going to keep getting hurt, and I’m still going to do it, because this is the only thing I can do.’ ”

Carrying on stronger than ever, Mitski dropped her sixth studio album "Laurel Hell" in February of 2022, hitting #5 on the Billboard 200 chart. It features #1 Billboard Adult Alternative Airplay single "The Only Heartbreaker" and crowd-favorite "Working for the Knife".

A natural performer, Evening Standard reviews Mitski's show as "A set full of theatrical genius and stunning choreography". With her soaring vocals, sentimental tracks, with stunning and emotional choreography, Mitski's shows are one of a kind. Don't miss out on Mitski's captivating shows aboard her tour party stopping by at Radio City Music Hall. Book your tickets now!