Led by founding member Robert Fripp, iconic British prog rock band King Crimson comes to celebrate 50 years of being one of the most influential prog rock bands of all time! The giants of the genre have a rich and extensive back catalog that they will be building their set from for this very special show, including trakcs from their seminal masterpiece debut album, In the Court of the Crimson King! Don't miss your opportunity to see this legendary group at one of their landmark events! 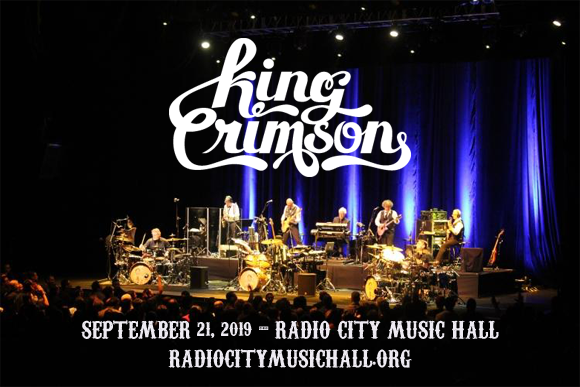 One of the most influential bands in progressive rock, King Crimson was formed in 1968 in London, England, and came to fame the following year when they performed at The Stones in the Park – a free concert in London's Hyde Park, produced and headlined by The Rolling Stones, that attracted over 500,000 people. The band's debut album, In the Court of the Crimson King, was released three months later, and was a huge success, both critically and commercially, aided by their performance at the concert. Over the years, King Crimson has had 22 different band members, with leader and guitarist Robert Fripp remaining the group's only constant member, however, the band has an impressive musical legacy and continues to be a powerful presence on the touring circuit. They have released 13 studio albums to date, the most recent being The Power to Believe (2003).