Have you heard the news? Kacey Musgraves is coming back to New York City, New York to perform an evening of country music hit songs on the Radio City Music Hall stage on Tuesday 15th October 2019. This one-time only event will bring fans a chance to see one of the leading performers in the industry to see a show that critics are predicting will be timeless and the can’t-miss-event of 2019. With fans already lining up to order their tickets, can you afford to wait? If you love country music, then click the Buy Tickets button to secure yours while you still can! 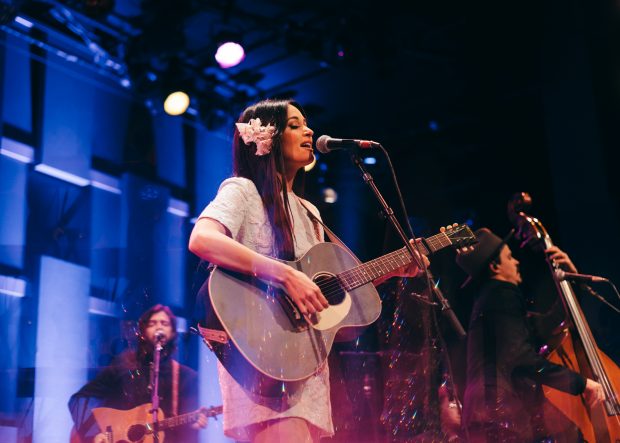 One of Country music's most exciting female stars on the scene right now, Kacey Musgraves will be coming to a city near you this Fall on her groundbreaking 2019 tour dates!

This six time Grammy Award artist first came to light back in 2007 as she was featured in the singing competition, Nashville Star, after becoming seventh in the final, Kacey Musgraves had made a huge impact on the music scene and everybody wanted a piece of her. Just one year after the TV series came to a close, Kacey showcased her songwriting talents with two single releases.
As record labels caught wind of this aspiring artist, she decided to sign with Mercury Nashville in 2012 and was able to release to the world her debut album! Same Trailer Different Park came out in 2013 and gave her her first Grammy Award for Best Country Album.

Since starting out on her musical journey, Kacey Musgraves has become a successful and constant musician on the US and worldwide charts and is known for songs such as "Follow Your Arrow," "Butterflies," "Space Cowboy" to name a few. Her long list of awards and recognition from reviewers and music critics alone have proven her capabilities to be an incredible artist in the Country genre. But nothing beats the acceptance and support from her fans!

The sensational chart topping queen is hitting the road across North America to bring her US fans a breathtaking live concert to the stage – catch Kacey Musgraves as she comes to Radio City Music Hall this October! You won't regret it – her performances are all that you've heard and more!