Best-selling singer Josh Groban comes to Radio City Music Hall on Friday, April 8th, 2022 for an extra night of his brand-new residency, added due to popular demand! A versatile and talented performer, who has a number of strings to his bow, Groban will be drawing upon all of his skills to make each show fresh and exciting for fans!

“I'm overwhelmed with the response for these first two shows and excited to announce a third,” said Groban in a statement. “This residency is a wonderful opportunity to connect with audiences in a whole new way and I can't wait to hit the stage.” 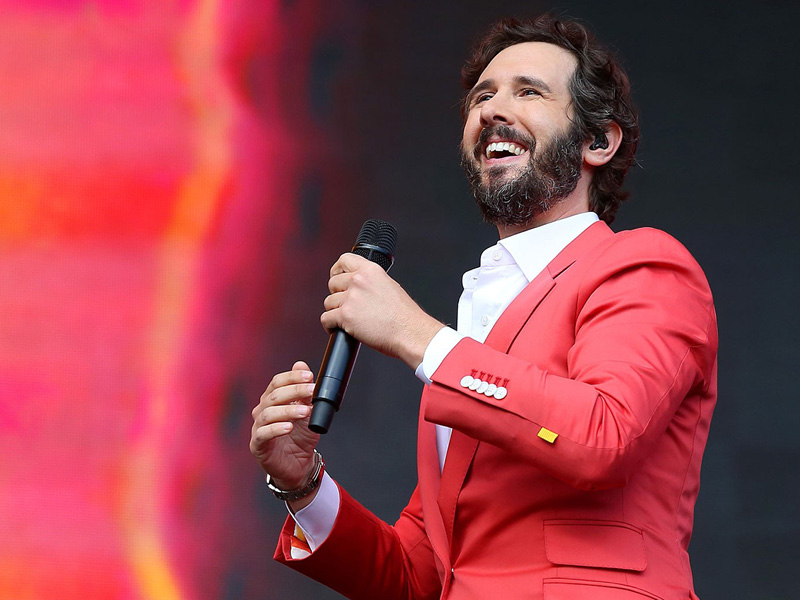 Josh Groban is an American singer, songwriter, actor and record producer whose big break came in the late-1990s through an unexpected encounter when he was working as a rehearsal singer at the rehearsal for the 1998 Grammy Awards. Andrea Bocelli, who was going to perform a duet with Celine Dion, was unwell and Groban was invited to take his place during preparations for the ceremony. The ceremony's host, Rosie O'Donnell, was blown away by his performance and immediately invited him to sing on her show the following week. This sparked a chain of events that led to a record deal with Warner Bros. Recordings, with whom Groban has since released eight studio albums, five of which have been certified platinum or multi-platinum. In 2007, he was the top selling artist in the United States, having sold over 22.3 million records. Ten years later, he made his debut on Broadway as Pierre Bezukhov in Natasha, Pierre & The Great Comet of 1812 with a performance that earned him critical acclaim and a nomination for the Tony Award for Best Actor in a Musical. His subsequent performance at the 72nd Tony Awards earned him two Primetime Emmy nominations, one for Outstanding Live Variety Special and one for Original Music and Lyrics for the song "This One's For You". Groban's most recent album, Bridges, was released in 2018.