The last and final night of the incredible Joe Hisaishi Symphonic Concert: Music From Films of Hayao Miyazaki at Radio City Music Hall on Wednesday, January 26th, 2022. Experience for yourself the magic, the thrill and the sadness created by Joe Hisaishi, as he weaves his musical numbers expertly into the scenes from Hayao Miyazaki movies. Performed by the full American Symphony Orchestra, an entire choir and conducted by Joe Hisaishi himself, the celebrated scores, including those from Princess Mononoke, My Neighbor Totoro and the Oscar-winning Spirited Away, accompanied by montages from Miyazaki's films, bring the timeless work of Hisaishi and Miyazaki to vivid new life. 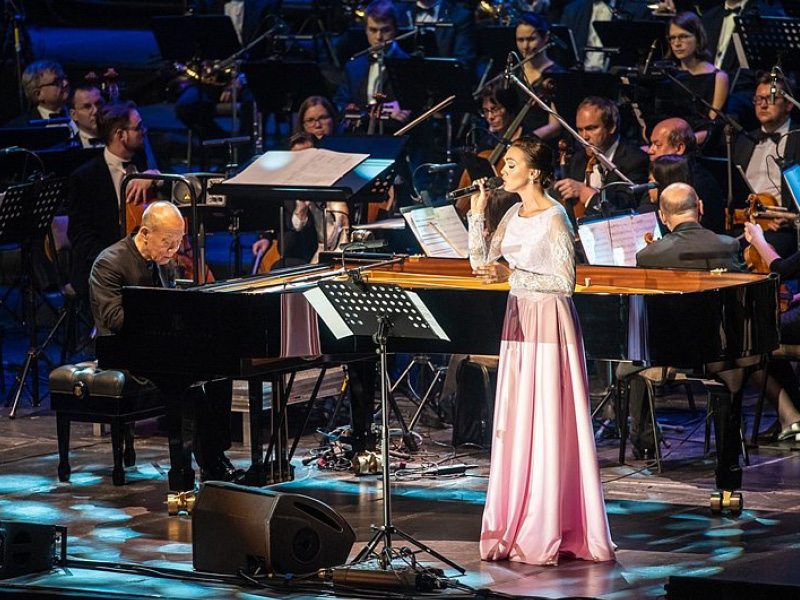 Hisaishi is sometimes referred to as the ‘John Williams of Japan’ due to his long-running partnership with Hayao Miyazaki, having composed scores for all but one of his films. As a result of his work throughout the years, Hisaishi has won the Japanese Academy Award for Best Music 8 times, and his music features in 4 of the top 11 all-time highest grossing films in Japan.

Try to imagine Spirited Away without the twinkling piano melodies of “One Summer’s Day”, or Princess Mononoke without the swooping strings and swelling brass of “The Legend of Ashitaka”. It’s pieces like these, often drawing on the dynamic, orchestral flow of Impressionist composers like Claude Debussy, that supply some of the lingering emotions that Studio Ghibli is famed for. It’s Hisaishi that conjures up that feeling of being suspended in time, in a peaceful, magical place.