World-renowned comic Jim Gaffigan comes to Radio City Music Hall on Friday 24th September 2021 for two back-to-back nights in a row! A New York Times bestseller, Grammy nominee and one of the most popular touring comedians in the US, Gaffigan will be performing as part of his brand new Pale Tourist Tour!

"Gaffigan has become one of the best in the business at stitching together a solid comedy set. Jokes fly every three or four seconds, some barely finished before he moves on to the next setup." 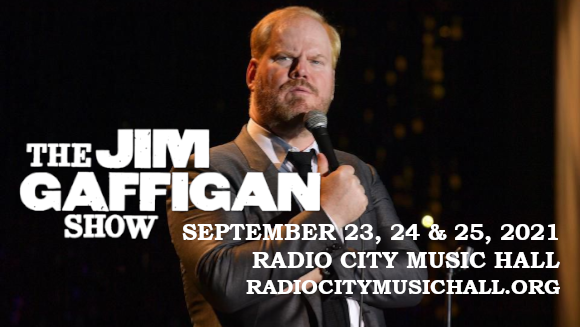