Host and creator of the weekly comedy show, Patriot Act with Hasan Minhaj, returns to live audiences this fall with a brand new solo show. Hasan Minhaj, The King's Jester, comes to Radio City Music Hall on Friday, February 25th, 2022. Grab your tickets now and get ready for some laugh out loud fun with the most unashamedly brown American. Minhaj returns to his storytelling roots four years after the global success of his Netflix comedy special, Homecoming King, which was honored with a 2018 Peabody Award for being a "deeply personal memoir that covers the struggles of the immigrant experience, encounters with stereotypes and raced expectations, and intergenerational acceptance, while using comedy to invite empathy, caring, and understanding." 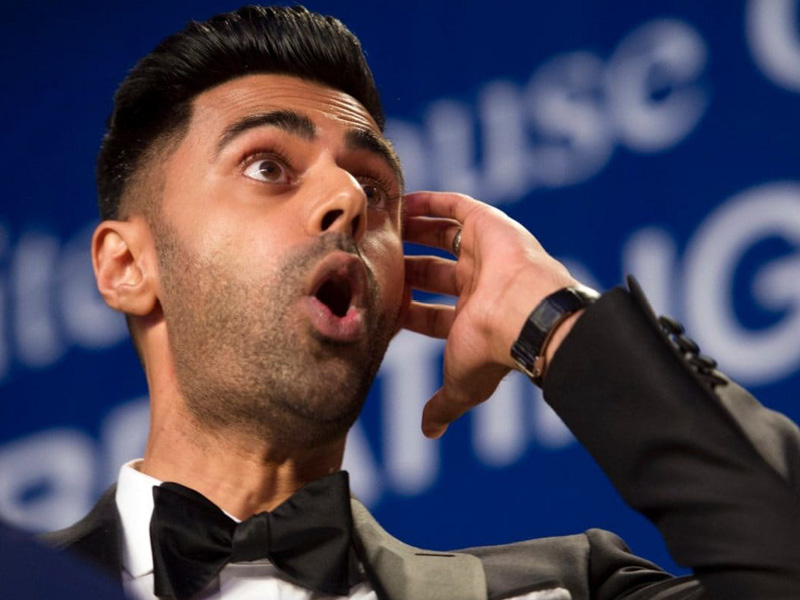 Hasan Minhaj is a wildly successful American comedian, writer, and producer. Minhaj rose to prominence when he worked as a senior correspondent on The Daily Show from 2014 to 2018. Hasan’s first comedy special, Homecoming King, debuted on 23rd March 2017 on Netflix.
Hasan left The Daily Show in August 2018 to host the show, Patriot Act with Hasan Minhaj. The series explored the modern cultural and political landscape with depth and sincerity through his unique comedic voice. The show received a 2019 Peabody Award, a 2019 Primetime Emmy Award for “Outstanding Motion Design,” and was recognized for a 2020 Television Academy Honor, as well as two Webby Awards. It was the first weekly US talk show to be fronted by an Indian American. One viewer praised the "truly innovative" show, with another saying "South Asians definitely needed something like" it. "Rotten Tomatoes says, Patriot Act stands apart from other like-minded comedy shows thanks to Hasan Minhaj's masterful blending of thought and feeling, catharsis and criticism."
The show's influence was recognized by Time Magazine, which included Hasan Minhaj on its list of the 100 most influential people in the world in April 2019. The Daily Show host Trevor Noah described Patriot Act as a "groundbreaking Netflix show."