A seasoned performer, for all seasons. That's Frankie Valli & The Four Seasons. One of American best-selling rock-and-roll groups of all time who gave the world timeless, gold classics such as "Sherry", "Big Girls Don't Cry", "Can't Take My Eyes Off You", and many more, are back on the touring circuit to take their fans to a nostalgic trip harmony-based and American doo-wop signature vocal style. The 1960s and 1970s were said to be their heydays, yet their music remains very much alive on air and has been enjoyed and played by many a younger generation. An artist of such iconic stature and caliber is best appreciated in a venue full of history and music legacies. Frankie Valli & The Four Seasons will perform at the largest indoor theatre in the world, with one of the most recognizable marquees. Catch them on a limited engagement at none other than the Radio City Music Hall on Saturday 7th May 2022. A must-see and must-experience concert of a lifetime. Book your tickets now! 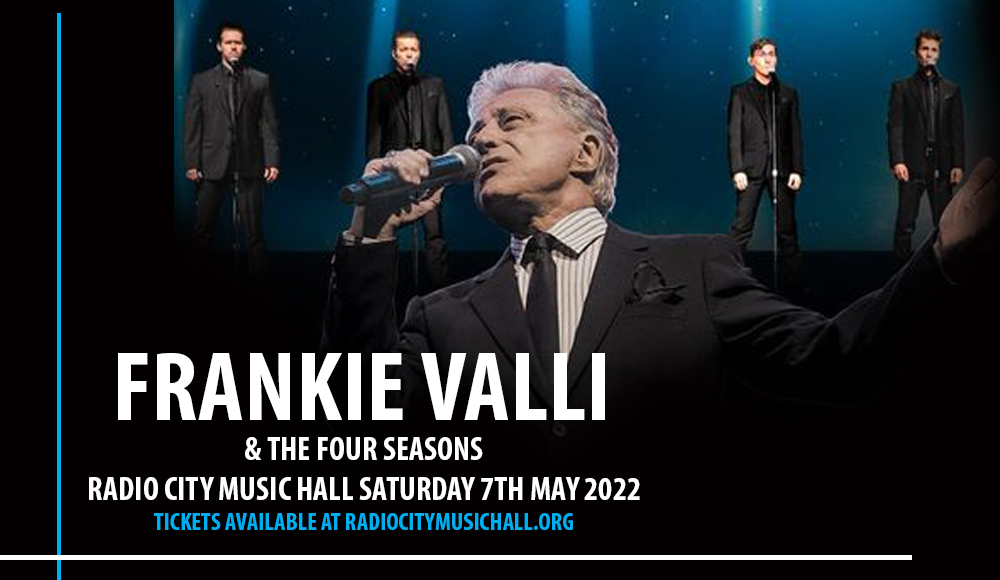 The 1960s were marked as the era of the British invasion, yet Frankie Valli & The Four Seasons stood strong amidst all that mania. enjoying substantial chart success and popularity worldwide. The original members include Frankie Valli as the lead singer, Bob Gaudio (formerly of the Royal Teens) on keyboards and tenor vocals, Tommy DeVito on lead guitar and baritone vocals, and Nick Massi on electric bass and bass vocals.

With their vast catalog, sales of over 100 million records sold to date, and significant contribution to the music landscape, the group's original line-up was inducted into the Rock and Roll Hall of Fame in 1990 and joined the Vocal Group Hall of Fame in 1999.

Frankie Valli & The Four Seasons is one of the best shows in this year's concert season. Don't miss it!