Alrighty 90s Alt-rockers, the new heroine of Grunge is coming to New York! Courtney Barnett comes to Radio City Music Hall on Saturday, February 5th, 2022, with very special guest for the show, Julia Jacklin. Fans of clever wordplay and surprising lyrical juxtaposition should buy some tickets now, you will find much to love in jangly gems like "Avant Gardener" and "History Eraser", and Barnett's dead-pan performance style. Three years after Tell Me How You Really Feel, Courtney’s third solo studio album, Things Take Time, Take Time, is on its way. Listen to the first single, 'Rae Street' now for a sneak peek into what her American Tour will be. 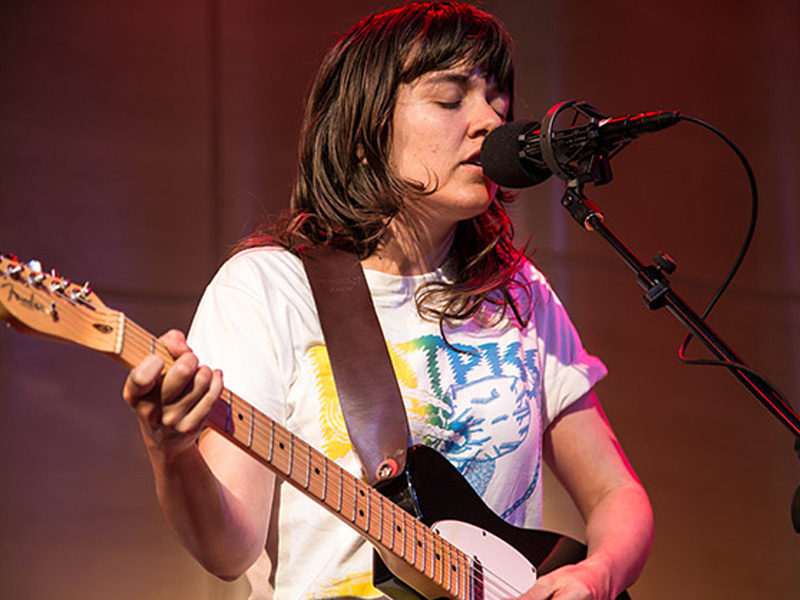 She made a name for herself with her witty lyrics and deadpan vocal delivery. Courtney Melba Barnett, from Melbourne, Australia, is still a relative newcomer, but she's already generated significant excitement for future tour dates with pitch-perfect performances, a mixture of shambling ease and surprising precision which perfectly complements the complex personality she reveals through her music.
Courtney made her EP debut in 2012 with I've Got a Friend Called Ferris. She quickly followed up with her full-length debut album How to Carve a Carrot into a Rose, garnering a Best New Music, nod from Pitchfork. In late 2013 she caught the eye of Rolling Stone and The New York Times with her performances at the CMJ Music Marathon, with both outlets naming her one of the festival's standout acts.
Her first studio album, Sometimes I Sit and Think, and Sometimes I Just Sit, in 2015, became an instant success. Winning Australian Album of the Year, Best Female Artist, Breakthrough Artist and Best Independent Release and was subsequently nominated for Best New Artist at the 2016 Grammy Awards and is now ranked as one of the best albums of 2015.
She released her second solo album, Tell Me How You Really Feel, in 2018, coming in at the number 1 spots on the Folk Albums, and Vinyl Albums charts and the number 22 spot on the Billboard 200 chart on release. Winning her an ARIA Music Award for Best Rock Album in 2018, Best Independent Artist, and Best Independent Album in 2019.