Iconic brothers Chitaozinho & Xororo are celebrating their 50th Anniversary this fall with a massive show in New York! The Brazilian duo, composed of Jose Lima Sobrinho and Durval de Lima, a.k.a. Chitaozinho & Xororo, will be performing at the Radio City Music Hall on Saturday 3rd September 2022! The concert will feature a specially selected set composed of the brothers’ biggest hits and fan favorites. The event will also feature memoirs of past performances and images displayed through state-of-the-art LED panels. Fans can expect the Brazilian hitmakers to perform their iconic singles, “Fio De Cabelo,” “Evidencias,” and “No Rancho Fundo.” The duo will also be performing their more recent hits, including “Passaros.” Get your tickets now for Chitaozinho & Xororo’s much anticipated 50th Anniversary show at the Radio City Music Hall! 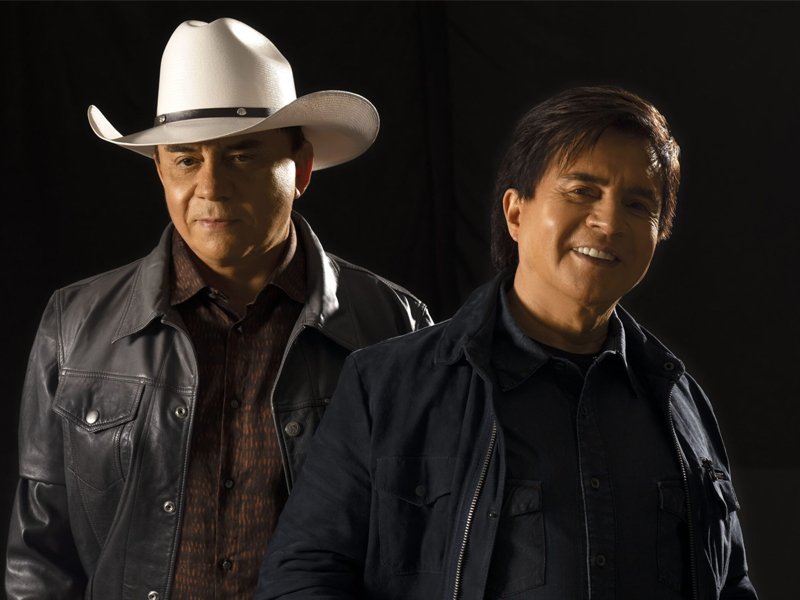 Born in Astorga, Paraña, Brazil, Chitaozinho & Xororo stellar success in their home country, as well as internationally. Having sold over 40 million albums throughout their careers, the brothers earned multiple gold, diamond, and platinum certifications. They have also won four Latin Grammy Awards, their latest being the Latin Grammy Award for Best Sertaneja Music Album.
Chitaozinho & Xororo have actively been making music since 1967. Since the release of their first studio album, Galopeira they have continuously made a significant impact on the Latin music scene for more than five decades. “Overall these years as a duo, we have strengthened our relationship with the fans, who, from the beginning, are immensely receptive and affectionate towards us,” says Chitãozinho during an interview. “This tour is not only our celebration, but it’s also a present for them. We have been working on this for a good while, with all of our care and dedication to turn everything out the way we dreamed.” Today, Chitaozinho & Xororo continues to establish their influence on the sertanejo, a type of Brazilian folk music, which is now growing in popularity thanks to sertanejo universitario.

On 3rd September, Chitaozinho & Xororo will take over the Radio Music City Hall. The venue, a.k.a., the Showplace of the Nation, is a state-of-the-art venue in New York City that can accommodate up to 5,960 capacity. The iconic venue, boasting of art deco style architecture, has hosted some of the most notable events in the world, including the Grammy Awards, Tony Awards, Emmy Awards, and the NFL Draft.

Get your tickets now to see the 50th Anniversary concert of Chitaozinho & Xororo only at the Radio Music City Hall!