Carly Rae Jepsen will definitely give fans a Good Time this Wednesday, September 28, at Radio City Music Hall, as she brings her "So Nice Tour" to Manhattan's famous venue. Join the multi-platinum Grammy-nominated singer-songwriter in a night full of incredible performances that will leave every fan screaming in excitement. Together with American singer-songwriter Empress Of, Carly Rae will perform her career-defining hits, such as "Call Me Maybe," "Good Times," "I Really Like You," and "Boy Problems," among many others. She will also perform her newest single, "Western Wild," which is making a buzz around the internet today! Don't miss out on the fun; be among the thousands of fans to sing and dance along with the one and only Carly Rae! Get your tickets now by clicking the "Get Tickets" button. 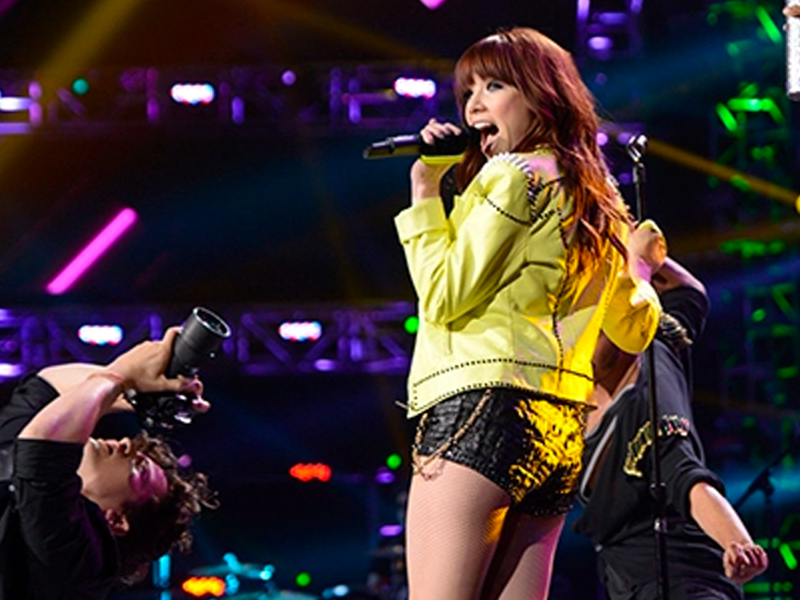 Carly Rae Jepsen started as a barista before being convinced to join the seventh season of Canadian Idol, wherein she placed third. In 2008, her debut single, "Tug of War," was released and garnered popularity in Canada. Her rise into worldwide pop stardom came after her overwhelmingly catchy single "Call Me Maybe" became a summer anthem of 2012. At least many of her fans have a core memory of lip-syncing to it. It cannot be denied that this fun, flirty song captured the world for some time. After this mainstream success, Carly Rae's multiple hits followed, such as "Good Time" with Owl City in 2012 and "I Really Like You" in 2015, again capturing pop culture. Her most recent album, "Dedicated," released in 2019, got raving reviews consistent with her past albums, securing her place as one of the artists that defined the 2010s.

After a break of two years, Carly Rae is back on a much-awaited 24-day tour in North America after releasing her new bop, "Western Wind," last May. With much excitement, the So Nice tour will kick off this fall, starting on Wednesday, September 21, at Jacobs Pavillion, Cleveland, Ohio. Fans are undoubtedly thrilled as the fifth stop will be at Radio City Music Hall, New York City, on Wednesday, September 28. Accompanying her is Empress Of, known for her captivating dream and synth-pop songs, and also the band Bleachers. Don't miss this comeback. Grab your tickets now!