Are you ready to jam with one of America's pioneering Godfathers of the Jam Band world? Join the one and only Bob Weir and his band Wolf Brothers in a night of incredible songs, lengthy instrumental jams, and improvisational psychedelic music this Saturday, April 2, 2022, at the Radio City Music Hall, New York. You wouldn't want to miss this event as The Rock and Roll Hall of Fame legend will celebrate the 50th anniversary of his debut solo album, 1972's "Ace." Secure your tickets now and prepare to feel the presence and energy Bob brilliantly brings to the stage. See you there! 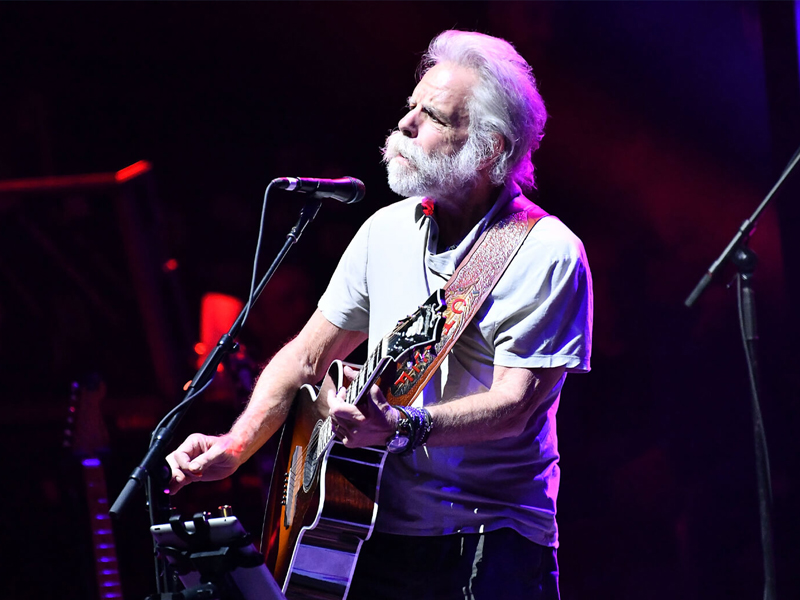 As part of the legendary rock band Grateful Dead, Bob Weir has gained prominence earlier as the band's rhythm guitarist and vocals, along with the band's frontman Jerry Garcia. During his career with the Grateful Dead, Weir mainly played rhythm guitar and sang many of the band's rock & roll and country & western songs. The band was active in the 1960s until the early 90s, enjoying the cult following from dedicated fans who dubbed the band as "the pioneering Godfathers of the jam band world."

Even before the band got disbanded in 1995 following the death of Grateful Dead's frontman Jerry Garcia, Bob was able to build a solo career outside the band. He released his own solo album in 1972 named "Ace." He would go on to release several albums under his name and with a few bands he worked on over the past 50 years. His most recent include the solo album "Blue Mountain" and the live album "Live in Colorado" with his touring band, Wolf Bros.

Indeed Bob has proven a lot in his career. The awards, the albums, the distinctions given to him all proved that. However, Bob's unfazed energy all these years comes from the dedicated fans who still support him all after half a century. And if you're one of them, make sure to catch him in New York this April 2 for a concert experience you will surely cherish