An exciting Wednesday night comes your way this July 27, as the enigmatic singer-songwriter Banks slithers her way to the Radio Music City Hall to bring her "Serpentina Tour" among her New York fans. The 33-year-old singer will be joined by Cuban-American singer Lauren Jauregui and the Ohio-native singer Cautious Clay in an evening of superb musicality and endearing performances that will surely give fans one of the best concert experiences this summer. The tour supports Banks' most recent album, which contains some of her biggest hits in recent memory, such as "The Devil," "Skinnydipped," "I Still Love You," and "Fuck Love," among nine other powerful songs. Get your tickets now, and let the genre-blending greatness of Banks impress you. Click on the "Get Tickets" button to secure your ticket orders! 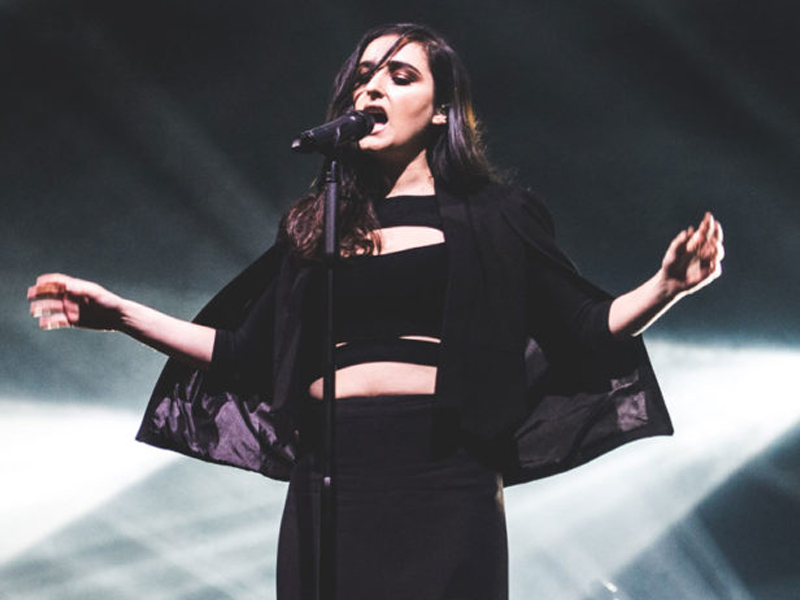 Considered one of the pioneers of blending electronic, R&B, and hiphop genres, singer-songwriter Jillian Banks (known as Banks) is a trailblazer in the industry as she helped popularize the brooding R&B sound that has dominated pop in the 2010s.

Aside from her genre-bending expertise, Banks' popularity stemmed from her ability to craft meaningful songs that speak to her ever-growing fans. She isn't afraid to be vulnerable and could tap into sensitive subjects such as heartbreak and self-respect eccentrically and creatively. Not to mention her unique live shows that show her artistry to a whole new level. There is always an ethereal atmosphere one feels while watching her perform live. Thus, it's no surprise why many fans clamor for more live shows from her.

This year, the Billboard chart-topping artist will embark on a tour to promote her fourth studio album, "Serpentina." The string of shows, named after the 13-track album, will kick off on July 11 in Texas and conclude on August 15 in Arizona. The 33-year-old singer-songwriter will stop at New York City's Radio City Music Hall this 27th of July (Wednesday) with Lauren Jauregui and Cautious Clay as special guests.

Lauren Jauregui is a Cuban-American singer famously known as a member of the celebrated girl group Fifth Harmony. After the group made their decision to take an indefinite hiatus to pursue solo projects in 2018, Lauren worked on some music and released an EP last 2021 titled "Prelude." She is famous for her songs "Expectations," "Lento," and "On Guard (feat. 6lack)."

Cautious Clay, on the other hand, is an American singer, songwriter, and record producer who has written many songs for other artists like John Legend, Taylor Swift, and Sebastian, among many others. His latest album "Deadpan Love," released in 2021, offers his fans a 14-track project that critics deem to be "enjoyable, pleasant, and respectable."

Catch these two promising artists as they support Banks in this incredible event that's one for the books.